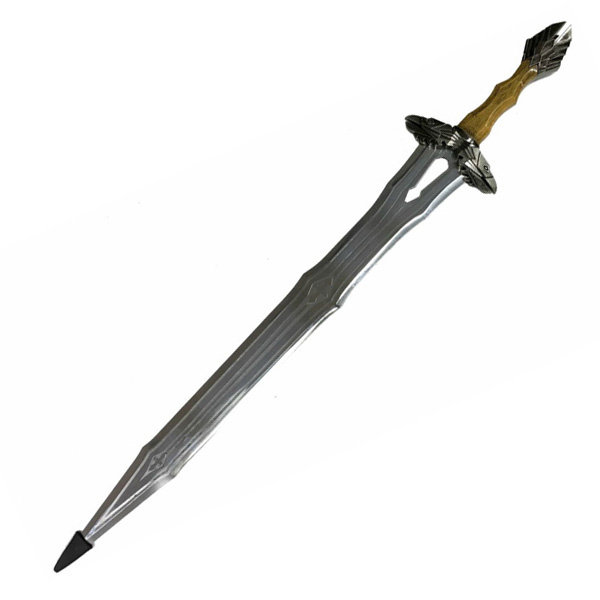 Thorin, also called the Oakenshield, King under the Mountain or the Mountain King, was the son of Thráin II, the older brother of Frerin and Dís, the grandson of King Thrór and the uncle of Fíli and Kíli. Thorin was best known for his deeds as leader of a company that infiltrated the lost Kingdom under the Mountain to take it back from Smaug and for leading an alliance of Men, Dwarves, and Elves in the Battle of the Five Armies.

Thorin begins his quest with his sword, axe, and Oak-branch shield. He wielded his sword, Deathless, against the Trolls, but was forced to surrender, when the Trolls threatened kill Bilbo. Thorin later recovered his sword after Gandalf saved them.

- Replica of the sword of Thorin from the popular movie The Hobbit
- Length: +/-92 cm
- Material: Metal
- All swords purchased from this shop have dull blades. 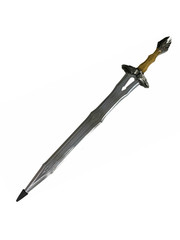