LORD OF THE RINGS - Elven Swords of TAURIEL 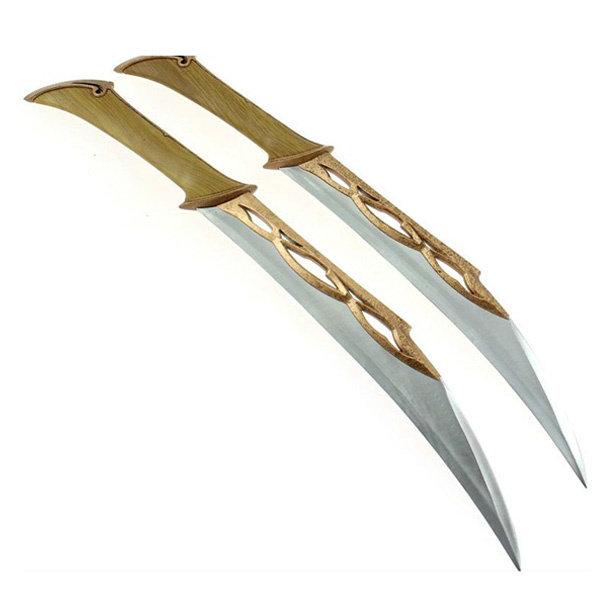 Tauriel is a Silvan Elf and daughter of Mirkwood. Her parents were killed by orcs when she was younger and it is hinted that Thranduil looked after her since then. She is a very young elf, around the age of 600, and is insightful into the changing nature of Middle Earth, recognizing the growing evils of the world and the need to eradicate them rather than withdraw into the safety of the elven fortress.

A favorite of King Thranduil and Captain of his Woodland Elven Guard, Tauriel is highly effective and lethal in combat, and primarily employs a reflex bow and two daggers in battle. She is also shown to possess medical knowledge, being able to treat wounds from poisoned weapons. As a native of the woodland realm, she is also a capable tree-climber and an adept leader.

- Replica of the swords of Tauriel used in LOTR and The Hobbit
- 2 swords included
- Length:  +/- 49 cm
- Material: Metal, Steel
- All swords purchased from this shop have dull blades. 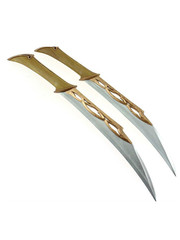