LORD OF THE RINGS - Sword of Arwen - Hadhafang 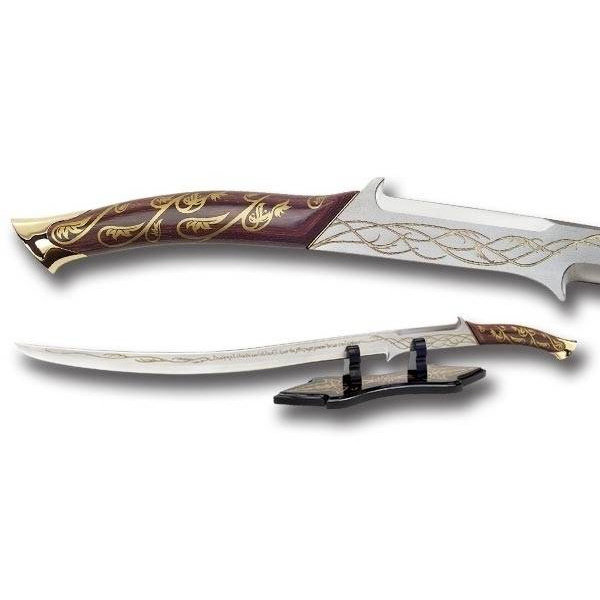 It once belonged to the Elven princess Idril, who wed a mortal man and bore Earendil, the father of Elrond who in turn was father to Arwen. Before Arwen's birth, Elrond wielded Hadhafang at the end of the second age of Middle-Earth, during the Last Alliance of Elves and Men in the great battle against Sauron. Later his daughter, Arwen, used Hadhafang when she aided Frodo in his escape from the Ringwraiths. Inscribed on the blade are runes in the Elven language of Sindarin that say "aen estar Hadhafang i chathol hen, thand arod dan i thang an i arwen." Which translates to "this blade is called Hadhafang, a noble defense against the enemy throng for a noble lady. 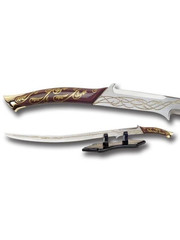