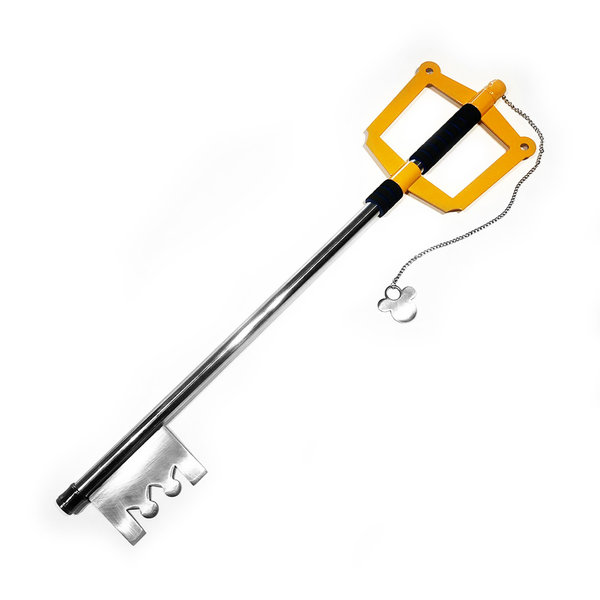 As the name implies, in combat, Keyblades are used in a manner similar to swords. Despite the fact that most possess no actual cutting edge, Keyblades still make efficient combat weapons, and are shown to be particularly effective weapons against Heartless, Nobodies, Unversed, and Dream Eaters. However, as a downside to this, the Heartless use the Keyblade as a homing beacon, and thus Keyblade wielders are at constant risk of Heartless attacks at any time.

The main power of the Keyblade, however, is the ability to seal or open the barriers between worlds, as well as to lock a world's Keyhole, preventing the Heartless from attacking that world's heart. As an offset of this ability, the Keyblade can also be used to lock or unlock any lock, allowing the user to access any sealed interior, whether it be a locked room, gate, or treasure chest. The Keyblade opens and shuts locks by emitting a bright, thin beam of light; this can also be used as an attack against certain enemies, although it is not featured in general game-play. Keyblade wielders can usually just simply tap the surface of a treasure chest and that will be enough to open it.

In addition to its base powers, it is possible to modify a Keyblade's appearance and powers by attaching various Keychains or Gears in the wielder's inventory. However, there are many Keyblades that do not possess a keychain for reasons unknown.

- Replica keyblade from Sora from the game Kingdom Hearts with King Mickey's Keychain.
- Length: +/- 89 cm
- Material: Metal
- All swords purchased from this shop have dull blades.

I'm Pleased with the keyblade and the mickey keychain is well made with good detail &amp; bigger than I thought .........5*

It was exactly as advertised and arrived quickly. A+ 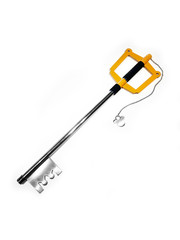